Hawaii History and it’s impact on a Wedding in Hawaii 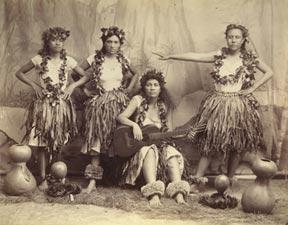 Hawaii History and its impact on a Wedding in Hawaii

Hawaii History and its impact on a Wedding in Hawaii  is unknown by many wedding couples and many locals as well. A wedding in Hawaii is greatly different today than centuries ago. Although history has said that Captain James Cook discovered Hawaii in the 18th century, the Polynesians arrived over 1,500 years ago.

Thus Cook did not discover Hawaii. He came with sailors who came upon an island chain already founded, with a legitimate monarchy government in place.

The Hawaiians kept much of their Polynesian culture and adapted somewhat thereafter. The language evolved and some cultural aspects changed too.

Over the last 200 years many races and ethnic groups immigrated to Hawaii. The Chinese were first to come after the Caucasians and were primarily field workers. Japanese, Filipino’s, and other groups followed them.

Although Hawaiians had their own indigenous religion in place, Christian groups came and converted many of them to Christianity. Missionaries first came in 1820 from Boston. They became the first secondary settlers in Hawaii.

The Hawaiians did not have a written language, only oral. Stories were passed down from generation to generation. Missionaries helped write the Hawaiian language. But, events evolved with the coming of the Americans.

There is some controversy if the missionaries helped or tried to put a demise to Hawaiian religion practices. Many Hawaiians believe they negatively affected their life. Although some Hawaiians did convert to Christianity and gave up their beliefs, others did not.

Hawaiians were encouraged to dress appropriately according to missionaries standards, and to stop their practices such as the hula, an ancient form of dance and worship, brought from Polynesia.

Eventually, school polices came in place. The Hawaiian language was forbidden to be taught and students were not allowed to speak Hawaiian or else they would be punished. Hawaiians had to dance hula hidden from others otherwise there would also be punishment.

In 1898, the sovereign nation of Hawaii was illegally overthrown by the United States government. The beloved Queen Liliuokalani was imprisoned in her own palace, never officially giving Hawaii to the USA.

The overthrow of the government was began by American businessmen who wanted the US to take control for financial reasons. They conspired and convinced the US military that Hawaii was strategically important for the US to govern due to its unique location.

Hawaii became the 50th state in 1959. In 1994 President Bill Clinton wrote a letter to the people of Hawaii officially apologizing for the illegal takeover of the sovereign nation of Hawaii. Many Hawaiian organizations are striving to attain sovereignty today.

So we come to the discussion of weddings. Weddings have changed.

Here’s how according to Hawaiian cultural experts:

When a couple ( in the past) wanted to be married there was not a wedding ceremony. The couple would approach their Kumu (tribal leader) and ask if they could be together. The Kumu would say “yes” or “no” .(Most likely he would say yes) Then he would say “Go” and that’s it!

There was no formal ceremony except for the Ali’i (royalty) and details of this are not exactly known.

Now we have Hawaiian wedding ceremonies, which begin with a chant, a Hawaiian lei exchange, and then westernized rituals with such things as a sand ceremony (which is not Hawaiian, but a made-up Caucasian’s ritual) and exchanging vows and rings. We discourage wedding couples from doing the “sand ceremony” or “tying of the hands”

We at Hawaii Wedding and Vow Renewal try to respect the Hawaiian culture, it’s people and their rights. We have planned and coordinated over 10,000 weddings since 1994 and are well known within the Maui community.

Hawaii Wedding & Vow Renewal
Wow, what a good-looking family who just celebrated with a vow renewal on Maui. We have planned over 10,000 vow renewals and weddings on Maui since 1994 and continuing! www.hawaiwdeding.com

Hawaii Wedding and Vow Renewal
4.9
Based on 131 reviews
See all reviewsWrite a review

Nelli Noakes
14:44 08 Dec 20
After our original wedding plans were stymied by Covid, we decided at shot notice to be married during our stay on... Maui. We were amazed at how easy and enjoyable the whole process was! Kevin was super responsive and helpful, and did a beautiful ceremony for us on Keawakapu Beach. He is a natural at what he does and his joy shines through in his performance. Highly recommended!read more

Rick Preister
05:17 18 Nov 20
We were very pleased with everyone’s excellent service. Thank you to all. We recommend this professional comprehensive... company.read more

Howard Killian
14:46 24 Jun 20
My wife and I reviewed our vows last year and could not have been happier. Kristina was fantastic! She handled... everything, all we had to do was show up. Ceremony was perfect and she picked a great location. I highly recommend!read more